The evening was designed to:

John Leyton starred in the original 1962 epic Great Escape film as 'Willie the tunnel king', alongside Charles Bronson and is one of the last surviving cast members of the original, classic movie. John delivered his own unique behind-the-scenes insight into the filming and production of ‘The Great Escape’, revealing little-known facts about the world-famous jump and telling stories of what it was like to work alongside Steve McQueen and other members of the all-star cast.

There are not many people in the world who can say that Steve McQueen taught them how to ride a motorcycle, but John Leyton is one of them. John said:

"Everyone was riding bikes on the movie set. There were bikes everywhere! Steve McQueen asked me if I could ride a bike and unfortunately I couldn’t. Steve promptly took it upon himself to teach me how to ride!”

Other special guests of the evening included Dick Shepherd, an enthusiastic collector of Triumph motorcycles with a driving passion for the history of motorcycles. Dick is the custodian of the original Triumph TR6 Great Escape film bike, which is displayed permanently at the Triumph Factory Visitor Experience.  During this commemorative evening Dick rode this famous bike onto stage for the lucky audience.

The distinctive Scrambler 1200 XE that was custom built by Triumph with Guy Martin’s assistance was also ridden onto the stage in its first public appearance. His 2019 attempt to recreate the original jump was designed around this bike, to honour the original role of the Triumph TR6 in the 1962 film.

Guy’s plan in the television show also involved jumping further over the additional and higher fence, an exact replica of the original 1962 German-based set. Steve McQueen’s fictional character had attempted landing in Switzerland to ultimate freedom, so the barbed-wire covered fences have come to symbolise freedom for fans the world over.

Triumph’s Chief of Engineering Stuart Wood detailed for the audience the modifications required to set the bike up for the Bavarian jump seen on Channel 4’s Guy Martin’s Great Escape.

Stuart Wood said: “It was really interesting, we looked at the suspension both front and in particular the rear to check for any required alterations, and after in-depth analysis, we realised we could use the Scrambler 1200’s original Öhlins adjustable suspension set up with minimal modification – it is just so good.”

For all film and motorcycle fans who attended, this really was a night to remember.  The next special exhibition at the Triumph Factory Visitor Experience will feature the history of the Daytona with some racing legends and never seen before bikes. 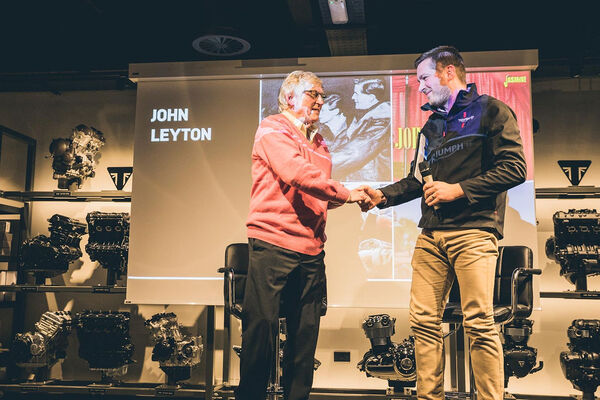 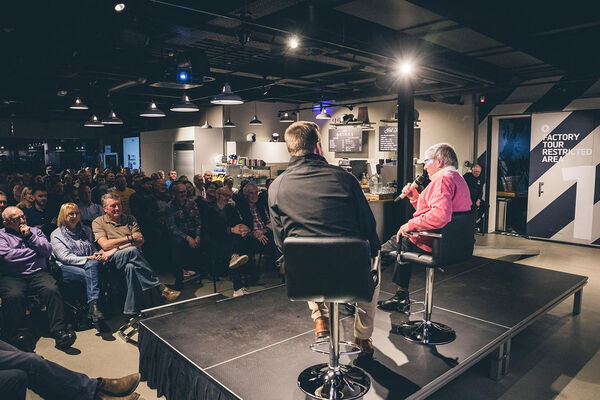 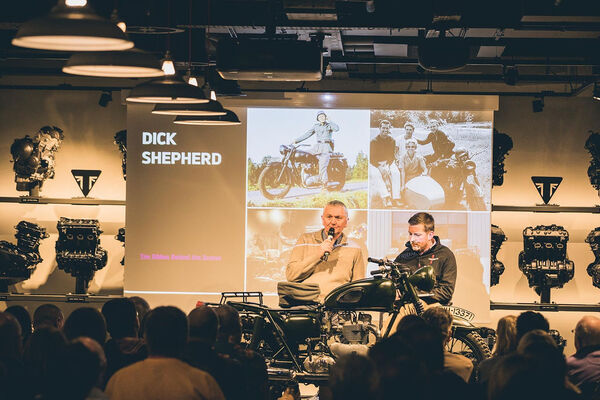 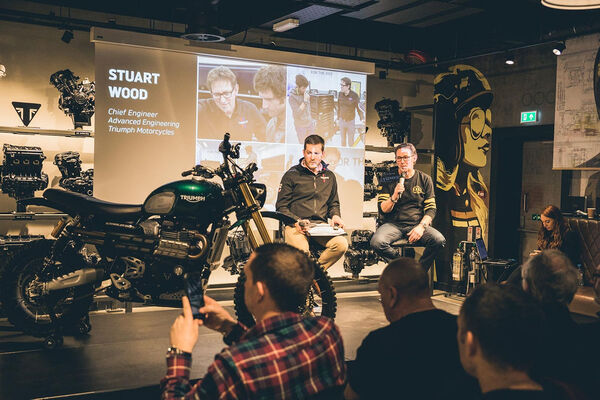 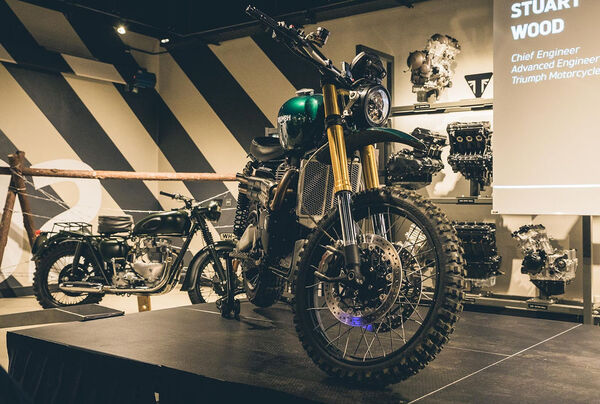 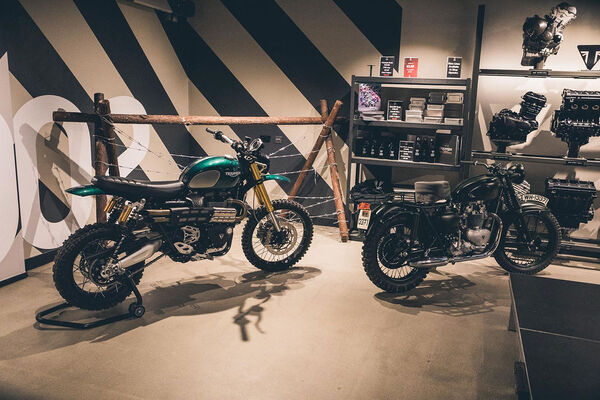 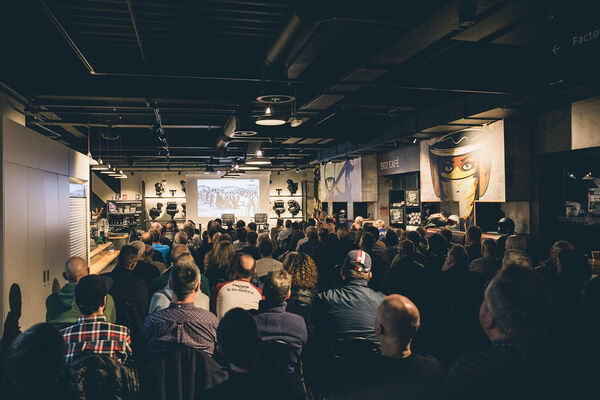 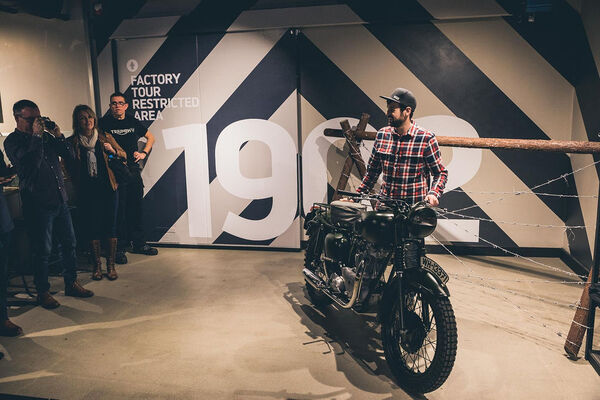