Triumph Motorcycles are excited to announce their return to the historic Baja 1000 desert endurance race with the all-new Scrambler 1200 XE, piloted by stuntman and experienced  off-road and desert racer Ernie Vigil.

Originating in early 60’s and evolving significantly over time, the gruelling Score International Baja 1000 Rally is held on the California / Mexico peninsula and is considered to be the ultimate non-stop desert race in the World. The Baja 1000 allows various types of vehicles to compete on the same course with classes for; cars, trucks, ATVs, buggies and of course motorcycles. The Baja 1000 forms part of the World Championship of desert racing. Over the years, the race has attracted many celebrity participants including Steve McQueen, James Garner and Paul Newman.

Riding an almost-standard specification all-new Triumph Scrambler 1200 XE, designed to be the absolute pinnacle in modern Scrambler capability and the first of a new generation, Ernie will continue Triumph’s peerless bloodline of racing scramblers that can trace their roots back to the very beginning of the scene.

Triumph played a pivotal role at the beginning of the scrambler scene in the 1960s with the leading performance bikes of the day taken desert scrambling, with stripped back bodywork and pipes, inspiring the very first dedicated production scramblers, with the 1963 Bonneville T120TT, Bonneville 120c and TR6c and SC. These were the ‘real’ desert sleds, fuelling the scrambler scene, these were the bikes that Steve McQueen took to the desert and rode in the ISDT, these were the bikes that Bud Ekins raced and won on in the dirt and that raced in the legendary Big Bear and Baja 1000. The new generation 1200 XE takes this historic bloodline to the next level.

These benchmark setting motorcycles represent a first for dual-purpose capability and modern custom style. with a new level of category dominating capability. Having completed a rigorous testing regime prior to launch, the Triumph Scrambler 1200 XE is ready to take on the Baja 1000 with a few selected adaptions designed to take on this extreme racing challenge.

Supported by a passionate cross functional team of enthusiasts from within Triumph pulling together to make the race build happen so early in the lifecycle of the vehicle, Ernie Vigil is our chosen rider for the motorcycle.  Ernie is a highly capable off-road rider, who is a stunt rider as well as racer and a fan of Triumph Motorcycles.

Ernie is a veteran of the Baja 1000 course, having ridden it previously during the Mexican 1000 on a Triumph Tiger 800, and is looking forward to taking part in the open motorcycle class on the new Triumph Scrambler 1200 XE.

Ernie said; “I am so excited to get the chance to not only take on the Baja 1000, but also to be the first racer to take Triumph’s next generation Scrambler back to desert racing where it all began.”

Triumph Motorcycles are extremely grateful to our partners to making this specific race entry a reality. Wells Fargo who provide motorcycle financial services to Triumph dealerships in the USA have generously become our title sponsor for this race entry. Ohlins and Metzeler have both provided equipment for the race and have been crucial partners in the development of the original motorcycle.

Triumph Motorcycles wishes Ernie and the Triumph Scrambler 1200 a huge success in competing in and safely finishing the 2018 Baja 1000. 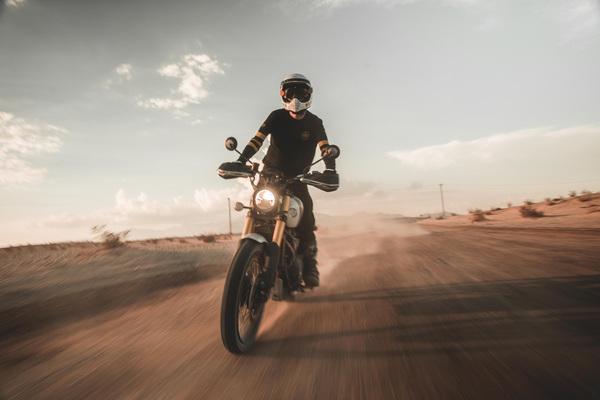 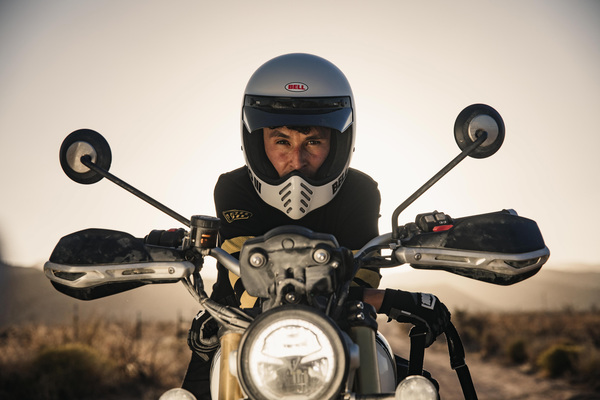 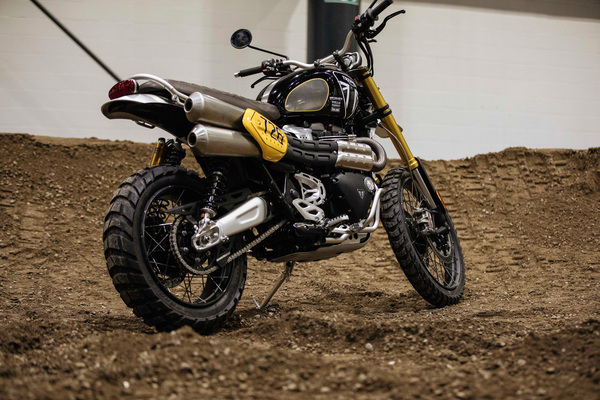 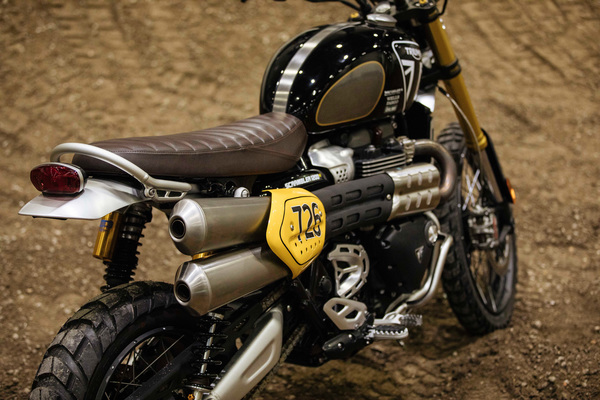 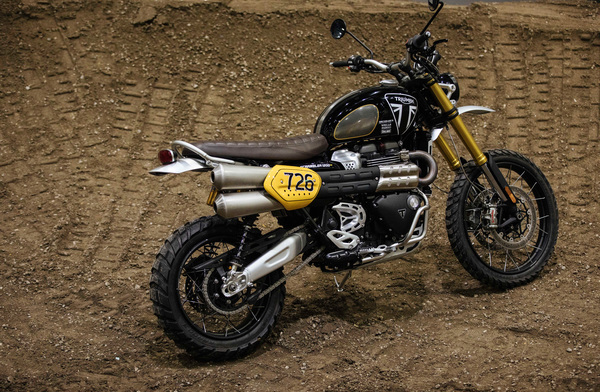 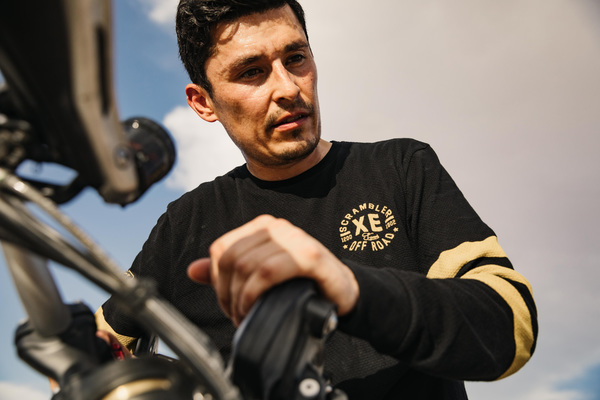