Motorcycle battery manufacturer Dynavolt will come on board as the title sponsor of the new factory-backed Triumph racing team for their debut in the 2021 British Supersport championship.

Dynavolt Tech are based in China and are known for their high-tech, ethical energy products. The company annually produces around 15 million batteries, which are sold in over 100 countries worldwide.

The brand has been involved in motorsport, at its top levels, for many years achieving a wealth of success in world championships, including Moto2 since 2012, World Superbike team and in World Supersport.

Nitipat Panichsakul of Dynavolt Motorcycle Branding said: “At Dynavolt, we are proud of our relationship with PTR, a racing team with both an impressive history and reputation. Dynavolt shares their passion for motorsport and to continue that relationship and also join forces with the iconic Triumph Motorcycle brand is a great honour. Dynavolt is one of the World’s top battery manufacturers with many loyal and enthusiastic customers who we know will be happy with this partnership.  Dynavolt promotes a number of world class race series and we are extremely happy to partner Triumph motorcycles in their return to racing with PTR.”

Dynavolt Triumph’s team manager Simon Buckmaster said: “2020 was our first year with Dynavolt as title sponsor for our team.  It is really fantastic news that they are to continue to partner us in this exciting new project with such an iconic brand as Triumph.   I’m looking forward to the start of the 2021 season with the Dynavolt Triumph team.” 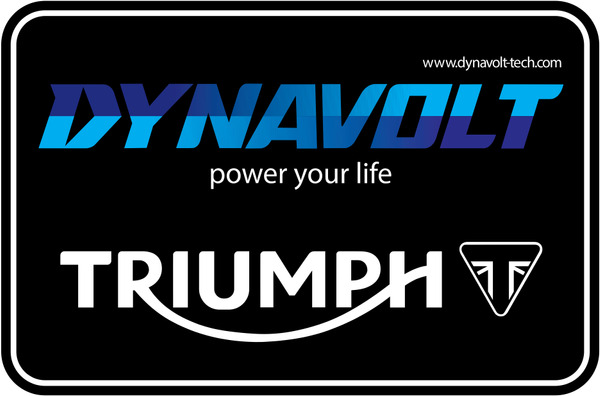