Download Add To Basket
This asset is not currently visible to end users as its embargo time is in the future.

Triumph Motorcycles and Bajaj Auto India have today formally commenced their exciting, long term, non-equity partnership in Pune, India. This is a unique moment, where two world-class companies that are passionate, as well as product focused, are coming together to build a brand new range of mid-capacity motorcycles.

The iconic Triumph brand will seek to further expand its global reach, with the partnership offering a new mid-sized sector opportunity and, importantly, a new entry point to several high-volume emerging markets, including India and other Asian markets.

The strategic partnership will benefit both parties with Bajaj becoming one of Triumph’s key distribution partners in crucial new markets for the Triumph brand around the globe.  Going forward Bajaj will take over Triumph’s Indian distribution activities, at a date yet to be confirmed, leveraging the great expertise that Bajaj has in this region. In their other key overseas markets, where Triumph is not currently present, Bajaj will represent Triumph and offer the new mid capacity bikes as part of the full Triumph line-up.  In all other markets where Triumph is present today, the motorcycles developed together from this partnership will join the current Triumph product portfolio and be distributed by the Triumph led dealer network worldwide. This will truly unlock the potential on a global scale.

The Triumph-Bajaj collaboration will combine strengths in design, technology, cost-competitive manufacturing and an intimate knowledge of key target markets to deliver a range of winning products and business success.

The partnership will build new engine and vehicle platform in the mid-capacity range (200- 750cc) and offer multiple options to address different segments in this class. The proposition will be aspirational and affordable with a targeted pricing starting under INR 2 lacs in India. This will create a new entry point to the Triumph range around the world, and ensure Triumph can compete in important large segments of the global motorcycle market, and attract new customers to the brand.

Triumph Motorcycles CEO, Nick Bloor, said: “This is an important partnership for Triumph and I am delighted that it has now formally commenced.  As well as taking our brand into crucial new territories, the products that will come out of the partnership will also help attract a younger, but still discerning, customer audience and is another step in our ambitions to expand globally, particularly in the fast-growing markets of South East Asia, but also driving growth in more mature territories like Europe.”

Rajiv Bajaj, Managing Director of Bajaj Auto India, said: “The Triumph brand is an iconic one the world over. So, we are confident that there will be a huge appetite in India and other emerging markets for these new products. We look forward to working alongside such a famous motorcycle company and to leveraging each other’s strengths and expertise to make the relationship a success for everyone.”

The Triumph Moto2™ 765cc race engine is a development of the class-leading Street Triple RS 765cc road motorcycle and is producing more than 140PS and the same visceral soundtrack. First established in 1902, Triumph Motorcycles celebrated 117 years of motorcycle manufacture in 2019. For more than three decades, Triumph Motorcycles has been based in Hinckley, Leicestershire, and has produced iconic bikes that perfectly blend authentic design, character, charisma and performance.

Building over 60,000 bikes per year, Triumph is the largest British motorcycle manufacturer and has around 650 dealers across the world. This focus, innovation and engineering passion has today created a broad range of bikes suited to all motorcycle riders, including the stunning new Rocket R and GT, the new higher performance Thruxton RS and Street Triple 765 RS, the iconic  Scrambler 1200, the epic Speed Triple, the class defining Tiger 800, the transcontinental Tiger 1200, the iconic Triumph Bonneville family including the stunning Speed Twin, Bonneville Bobber,  accessible Street Twin, Street Scrambler and the  iconic Bonneville T120 and T100, plus an exciting and accessible A2 range of Triumph motorcycles.

Triumph Motorcycles has become the Official Bike Partner of the new James Bond Blockbuster movie – No Time To Die, in which both the new Tiger 900 and the Scrambler 1200 XE will feature within this exciting new movie. Triumph currently employs around 2,000 personnel worldwide and has subsidiary operations in the UK, North America, France, Germany, Spain, Italy, Japan, Sweden (Scandinavia), Benelux, Brazil, India, Thailand, and China, as well as a network of independent distributors. Triumph has manufacturing facilities in Hinckley, Leicestershire, and Thailand plus CKD facilities in Brazil and India.

The Triumph Bonneville, famously named to celebrate Triumph’s 1956 land speed record on the Bonneville Salt Flats in Utah, USA, was the original British superbike and a race-winner straight out of the crate, chosen by famous motorcyclists of the past for its legendary handling, style, and character. It’s that handling, character and style, married to modern rider-focused technology that makes the new Bonneville family THE authentic modern classic choice today.

Triumph has a glorious racing history, competing in and winning races in almost every class and field of motorcycle sporting achievement. From winning the second ever Isle of Man TT in 1908, through to 1960s road and track domination in Europe and America, right up to contemporary racing achievements with the 675cc Triumph triple powered 2014 Daytona 200 win, the 2014 Isle of Man Supersports TT win, the 2014 and 2015 British Supersports titles and World SuperSport racing, and again this year, with another victory at the Isle of Man Supersports TT, piloted by Peter Hickman. And of course with the new generation 765cc triple engine powering the 2019 Moto2™ championship, Triumph’s racing legend continues. Triumph powered Moto2™ to 14 new race lap records, 12 outright circuit records, and 18 top speeds from 19 races in 2019, including the first ever 300+kmh top speed for a Moto2™ machine.

A flagship company of the Bajaj Group was incorporated under the Companies Act, 1956, and having its registered office at Mumbai – Pune Road, Akurdi, Pune – 411 035. The Bajaj Group is amongst the top 10 business houses in India. Founded in 1926, at the height of India’s movement for independence from the British, the Group has an illustrious history. The integrity, dedication, resourcefulness and determination to succeed which are characteristics of the Group today, are often traced back to its birth during those days of relentless devotion to a common cause. The Late Shri Jamnalal Bajaj, founder of the Group, was a close confidant and disciple of the Mahatma Gandhi. The Company is the world’s third largest motorcycle manufacturer, India’s second largest manufacturer of motorcycles and world’s largest manufacturer of three-wheelers. It has its manufacturing facilities located at Chakan near Pune, Waluj near Aurangabad, and at Pant Nagar in Uttarakhand. The Company’s motorcycles and three wheelers are sold all over India with a wide network of dealerships. It had achieved landmark sales of 5 million two and three wheelers in FY 2018-19, the highest ever in its history.

In the fiscal 2018-19, the Company recorded total turnover of ₹ 318 Bn (USD 4.61 Bn)., the Company’s highest ever top-line, despite adverse global and domestic economic situations. The Company is India’s largest exporter of 2 and 3 wheelers, having exported over 2 million units, representing 40% of its production to over 79 countries through a wide network of international distributors all over the world in 2018-19.

The Company has an in-house, state-of-the-art R & D Centre actively developing new products and technologies driving its business growth. Its motorcycle brands – PULSAR and BOXER are top selling brands in many countries in the world. BOXER is a leading motorcycle brand in Africa and PULSAR, AVENGER, PLATINA and CT are iconic brands in India and several overseas countries.

With 15 million vehicles exported in over 79 countries, Bajaj is truly “The World’s Favourite Indian”. It is India’s No.1 motorcycle exporter with 2 out of 3 bikes sold internationally carrying a Bajaj badge. The company’s unwavering commitment towards building the best 2-wheelers in the world through design, technology, quality, and customer satisfaction has made it the most visible Indian Brand across the globe. The company’s global sales have earned over US$ 13 billion of foreign exchange in the last decade. 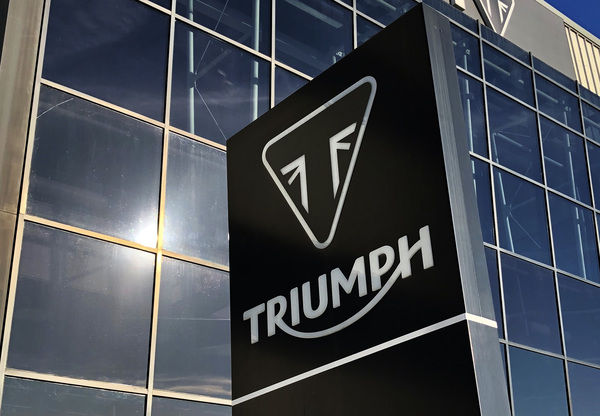 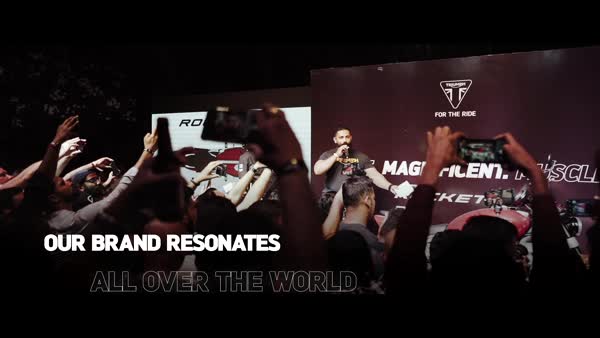