THE LEGEND RETURNS TO BAJA

Triumph Motorcycles are excited to confirm their return to the off-road endurance racing world with the new Scrambler 1200 XE at the Norra Mexican 1000 race, piloted by stunt rider and off-road racer Ernie Vigil.

Ernie Vigil is one of Triumph’s factory riders, and an experienced off-road racer, and was very likely the first person to have completed the Mexican 1000 on board a Triumph Tiger 800.

Now fully recovered and fit for action following an injury during training in October 2018, Ernie has spent the last 3 weeks in Southern California with the race-ready Scrambler 1200 completing his final preparations for this gruelling challenge.

Ernie’s Scrambler 1200 XE is in near-standard condition, and has only had additional specific desert racing seat, lights, grips and extreme profile sand tyres. Topping off the race spec features, there is also a unique off-road racing scheme with Triumph’s signature Black and White paint and graphics.

The Scrambler 1200 XE is an all-new benchmark-setting motorcycle that represents a first for dual-purpose capability and modern custom style. This beautiful new 1200 scrambler delivers a category redefining level of performance, specification and finish, fused with Triumph’s iconic Scrambler DNA and all the capability of a genuine adventure motorcycle.

The Norra Mexican 1000 is an incredible off-road racing challenge that takes in more than 1,000 miles across rocky desert, tackling quicksand, unpredictable 1,000bhp racing trucks and the elements. If you want to compete in extreme endurance races on a motorcycle, the Mexican 1000 is one of the biggest. Starting in Ensenada, Mexico, the original 1,000-mile route (which is where it gets its name) kicked off in 1967. The route changes and the distance varies but it is always around 1,000 miles, and promises one thing: an incredible challenge.

The Mexican 1000 is being run on the very same arduous course and conditions as the Baja 1000, which is the same terrain that made the Triumph Scrambler name famous in the 1960s, so the Scrambler 1200XE will be put to the ultimate scrambling test.  As this is such a highly challenging competition, Ernie, who was selected for both his experience and incredible commitment as well as his passion for this project, has been in full training for many weeks.

Ernie Vigil said: “After 9 months of training, the injury and over 6,000 off-road miles in the saddle I’m excited to be getting to the final stage of prep for one of the most challenging off-road races you can do. I literally can’t wait to get to that starting line and fire the Scrambler up! The bike has been performing amazingly well and I’m raring to go.”

Paul Stroud, Triumph’s Chief Commercial Officer said: “Everyone at Triumph is rooting for Ernie, his commitment to returning to race fitness following his injury has been amazing and we just can’t wait to see the Scrambler 1200 in action. Baja desert racing has played such a big part in the history of scrambling and it was the spark that kicked off of our whole iconic Scrambler line-up. 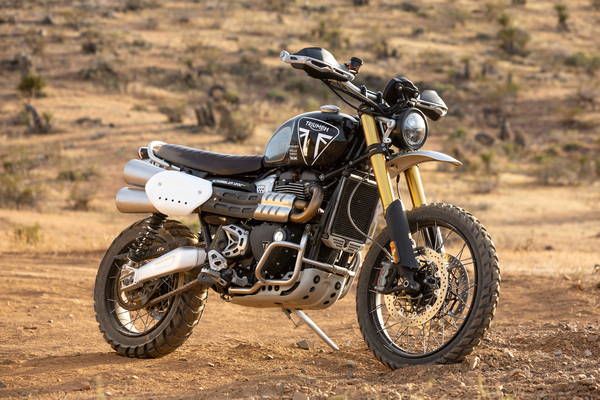 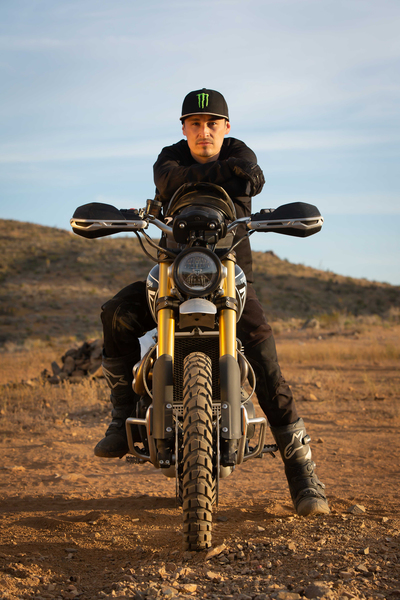 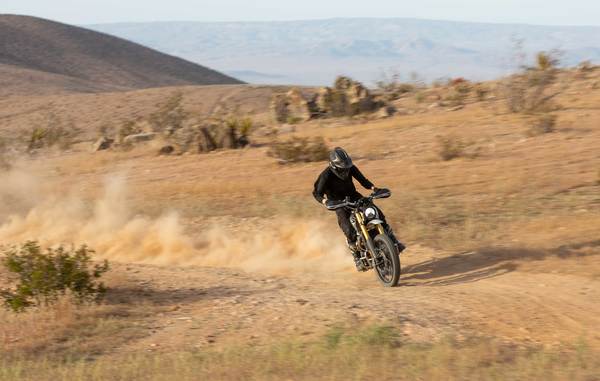 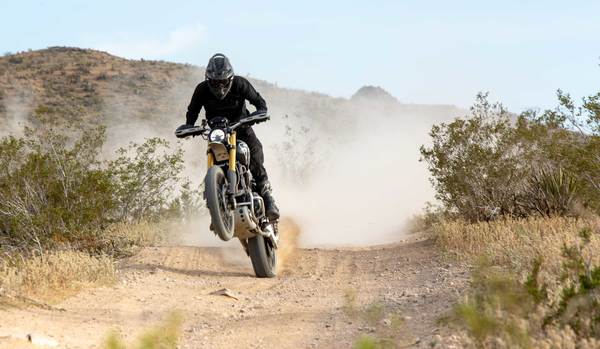 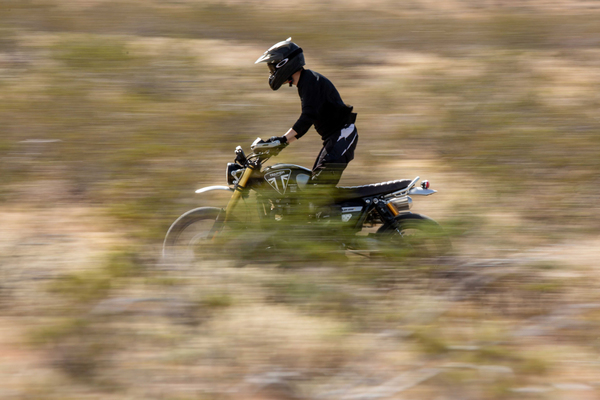