2019 once again sees the historic Daytona triple take the island by storm as Peter Hickman takes a historic Supersport TT win on board his Triumph Daytona 675.

Taking his 4th TT race win, Peter Hickman on-board the 675cc Smiths Racing Triumph Daytona, had to fight hard as the lead of the race changed no less than four times over the famous TT mountain course, with arch-rival Dean Harrison eventually finishing second with James Hiller taking the final place on the podium. Gary Johnson took a strong eighth place also on a Triumph Daytona 675.

In a hugely weather-affected TT practice and race week the 32- year-old won this the 2nd TT Supersport race having already secured a 3rd place podium in Supersport Race 1 earlier in the week.

After his incredible win, Peter said “We have been trying so hard with the Supersport to get a win at the TT. Monday was the closest we had been. We had some more input from Triumph this year and that made the difference. The bike was mega. I’m so happy for the team, they have done a cracking job.”

Everyone at Triumph Motorcycles would like to extend our congratulations to Peter and all of the team at Smiths. 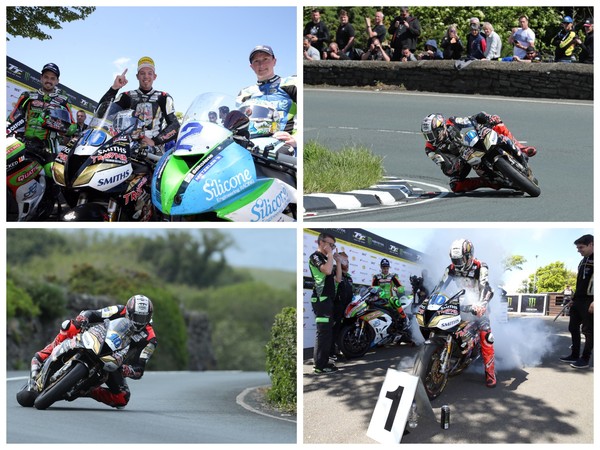