Alex Marquez became the third individual winner of this inaugural Triumph-powered Moto2™ season at the iconic Le Mans track, as the EG 0,0 Marc VDS rider converted third on the grid into his first victory since Japan 2017. In doing so he climbs to fourth in the championship.

The French GP brought upset for Flexbox HP 40 rider Lorenzo Baldassarri who crashed out in a second zero-points score of the season. However, his unequalled backdrop of three wins ensures that he stays at the top of the championship standings, albeit now just seven points ahead of Dynavolt Intact GP’s Thomas Luthi.

Just over a second behind Marquez at Le Mans, was Jorge Navarro who has scored consecutive podium finishes moving to third in the overall standings. Despite the conditions, which although dry for the race were cold at just 15 degrees Celsius. Navarro used his Triumph 765cc triple-powered Lightech Speed Up machine to set a new race lap record.

Battling for the podium with Navarro was Baldassarri’s teammate Augusto Fernandez, who ultimately crossed the line in third having traded places with Navarro in the closing laps. His second consecutive podium moves him to sixth in the standings. The top five in the championship, from Baldassarri to Marcel Schrotter, are covered by just 19 points now, or the equivalent of a second-position finish (20 points).

There were many crashes in the tricky, damp conditions across the weekend with riders struggling for continuity. Although the Moto2™ race was dry, it was also cold, and one of the most high-profile to be caught out was Simone Corsi. The Tasca Racing Scuderia rider was on a remarkable charge, climbing 13 positions in the opening five laps and reeling in race leader Marquez. Unfortunately, the Italian’s quest for a first victory since 2008 came to end when a mistake saw him lose the front and crash out.

Steve Sargent, Triumph’s Chief Product Officer, said:
Firstly, congratulations to Alex Marquez and the Marc VDS team for their first victory using Triumph power! Congratulations also to Jorge Navarro who set the lap record in France, despite mixed weather conditions over the weekend. We wish Lorenzo Baldassarri a speedy recovery following his crash. I think we are at a very exciting point in the championship as the series heads into an intense period of European races. The championship fight has been thrown wide open after Baldassarri’s early domination, so we will have to watch closely at the next round in Mugello, one of the fastest circuits, to see what happens  I believe we can expect more riders to feature near the front as they adapt to using the power and torque of the Triumph 765 triple ”

The Triumph Moto2™ 765cc race engine is a development of the class-leading Street Triple RS 765cc road motorcycle and produces more than 140PS and the same visceral soundtrack. Next up, Moto2™ heads into a busy June schedule with three races, starting with the Italian Grand Prix at Mugello on 2nd June. 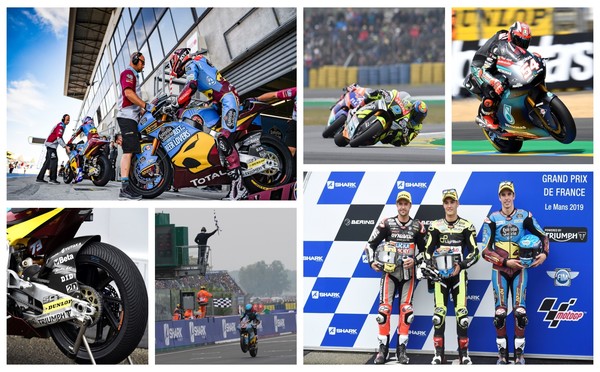 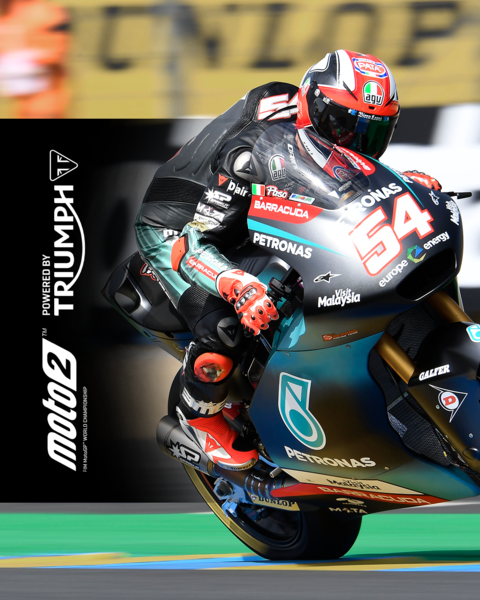 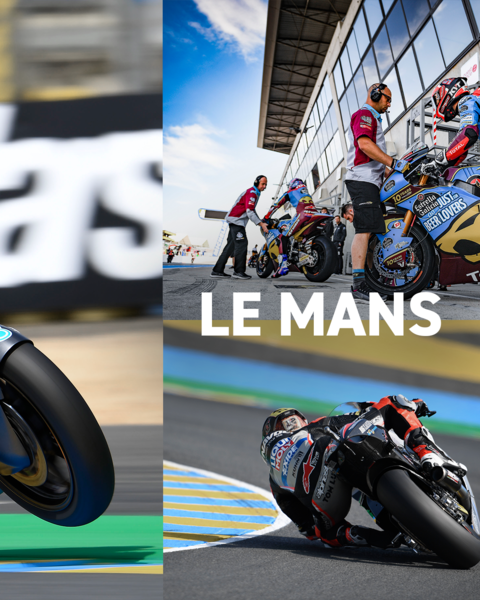 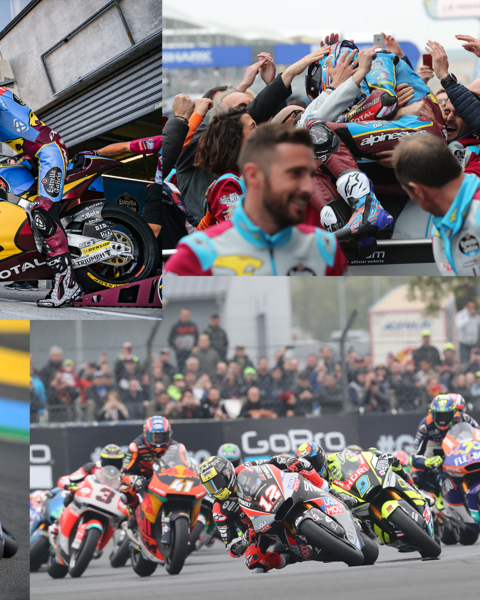 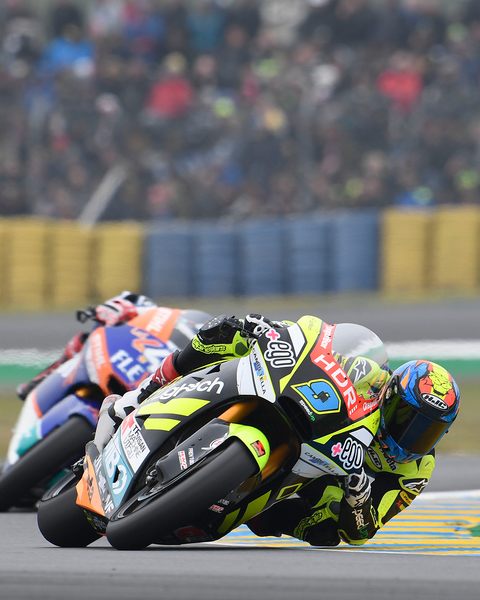