The 19-year-old from Freehold, New Jersey is already familiar with the British circuits having spent a considerable amount of his racing career in the UK, most notably winning the 2019 British MotoStar (Moto3) Championship, scoring seven race wins and fourteen podiums out of eighteen races and holds the honour of being the first American to win a British Championship.

With Covid-19 restrictions escalating at the start of the year, Paasch returned to the MotoAmerica Supersport series for 2020, securing third overall in the Championship and scoring thirteen podiums across the season.

Paasch said: “I am beyond excited to be joining such a legendary group of people like PTR and Triumph for 2021! I can’t thank everyone involved enough for this amazing opportunity. Growing up watching old video of the legend Gary Nixon racing a Triumph to now actually being able to ride one is almost surreal! Also a huge thank you to the Classic Car Club of Manhattan, Fresh N Lean, Luxestar VIP, EvolveGT, Arai and Spidi for helping make it possible!”

Dynavolt Triumph Team Manager Simon Buckmaster said: “When considering a partner for Kyle we were looking for a young rider to compliment his experience; but also with an international flavour.  As you can imagine we were approached by a number of riders and after much discussion with Triumph and also MSVR, who have welcomed us back into the British Championship, we decided Brandon Paasch was our man.  Here we have a young American rider, winner of the British Moto3 and also last year finished 3rd in the AMA Supersport Championship. So, we think in Brandon we have found just the right mix for us, a young exciting rider adding to the show.  We are looking forward to working with him and as long as he shows winning potential in Britain, which we all believe he will, there is no reason why this shouldn’t be the line-up we go back to the World Championship with in 2022.”

Steve Sargent, Triumph Chief Product Officer, added: “I would like to welcome Brandon to the team and say that we are really excited to have this young talent riding a Triumph. I have been watching Brandon’s  MotoAmerica  races and I am sure UK race fans are going to enjoy seeing him race Superport. When Simon and I started discussing riders for next year we have always wanted a combination of experience and youth. With Kyle and Brandon I think we have a great lineup to develop the bike and to build something for the future. We have had amazing interest in Triumph’s return to Supersport and I would like to thank MSVR for their help in making this possible.  There is a lot of work still to be done but we have all of the key elements in place for 2021”Triumph team.” 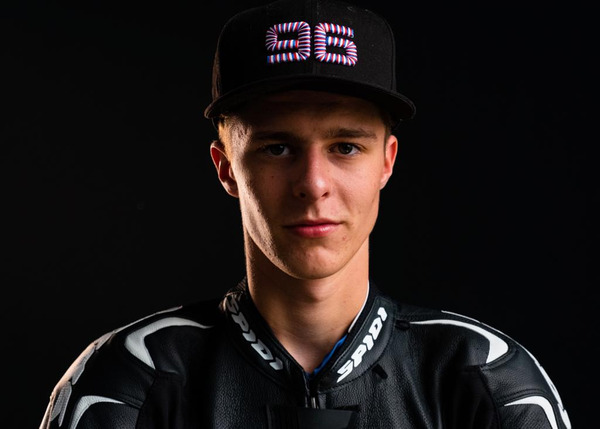